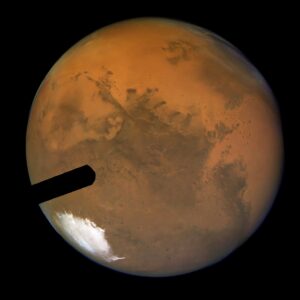 Check out these aMarsing facts! 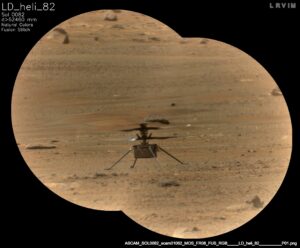 2. The Mars rover Perseverance is carrying a helicopter, Ingenuity, that was the first (known) aircraft to fly on another planet.

3. You can watch the surface of Mars live as seen from orbit by the Mars Odyssey THEMIS mission here: https://themis.asu.edu/livefrommars (I say live, they video is usually about two weeks old). 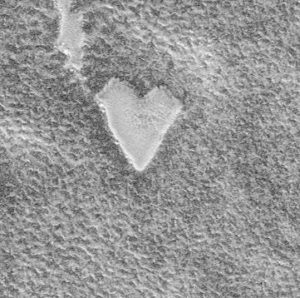 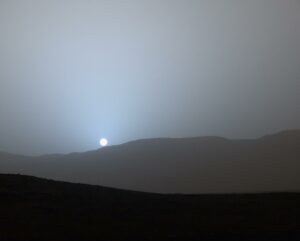 7. You can see exactly where the Perseverance Mars rover is at any time… https://mars.nasa.gov/mars2020/mission/where-is-the-rover/ 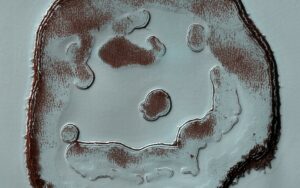 8. Near its south pole, Mars has a Happy Face Crater.

9. Approximately 50% of all space missions to Mars have failed before returning any data to us. Effectively, every Mars mission needs double the budget so we can send it twice! 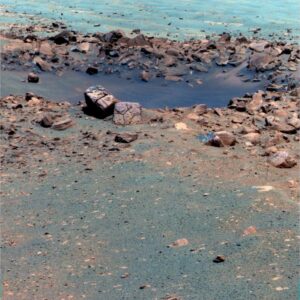 10. Chocolate discovered on Mars!
This picture taken by the Opportunity rover shows an area scientists have called the ‘Chocolate Hills’.
Do you think the big rock in the middle looks like a chocolate brownie?