Probably the first thing people think about when they are talking explosive volcanoes is the 79CE eruption of Vesuvius and the destruction of Pompeii.

Tanno and Iguda took a boat from Stromboli to Vesuvius and Pompeii to find out more about this epic volcano.

People have the idea that the eruption happened very quickly and surprised everybody, killing them in their tracks. However, Dr Volcano said that when you look at the volcanic rocks that make up the eruption, and the documented reports at the time (Pliny the Younger) it can be shown that the eruption lasted almost 24 hours. It was only when the pyroclastic density currents came that most people were buried. Like you can see in this deposits that Tanno and Iguda are looking at…

Pompeii is famous for being a buried Roman town, stopped in its tracks by the 79CE Vesuvius eruption. Bodies of people and animals are found amongst its ruins…. 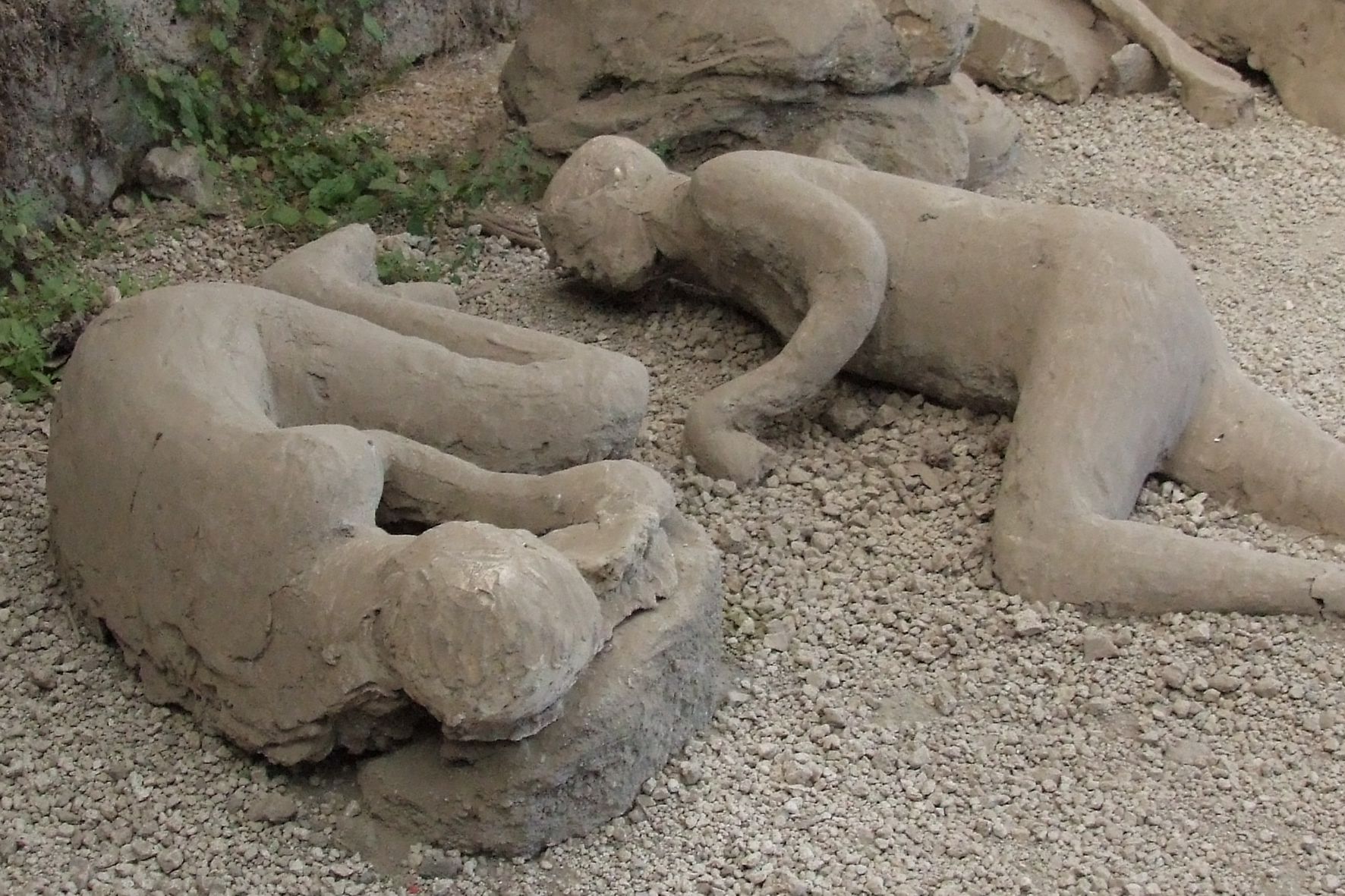 During digging to excavate Pompeii, it was found out that there were strange hollows in the pyroclastic deposits containing only bones. Giuseppe Fiorelli, director of the Pompeii excavation around 1860, realised these were body moulds and came up with the idea of using plaster of Paris to pour into the hollows to reveal the body forms of the people and animals.

This slideshow is made from images by torontofunplaces.com, check them out!

Another town called Herculaneum is actually much closer to Vesuvius. At first people excavating at Herculaneum thought all the people must have escaped as no bodies were found.

As they dug deeper they revealed the boat houses at the shoreline and found many bodies. They were preserved in a different way to those at Pompeii, as complete skeletons with blackened edges to the bones, where the super hot pyroclastic density currents burned the bodies alive.

Tanno and Iguda have discovered that an explosive eruption is actually quite complicated, can erupt for many hours/days, and that people can be preserved in different ways if they are buried in a pyroclastic density current. You can see where Pompeii and Herculaneum are in relation to Vesuvius on the map below.

Create your own Moulds. Make a plaster mould like the ones preserved at Pompeii.

This will be a chance to play around with the methods that the old archaeologists used.