Arrokoth is in the Kuiper Belt and was studied in a close fly-by by the New Horizons spacecraft.

It was discovered by mobile telescopes in Argentina, which saw this series of photos. This is several photos each 0.2 seconds apart shown on a loop.

When the star goes dark that means something has moved in front of it. They called this new thing Kuiper Belt Object 2014MU69. 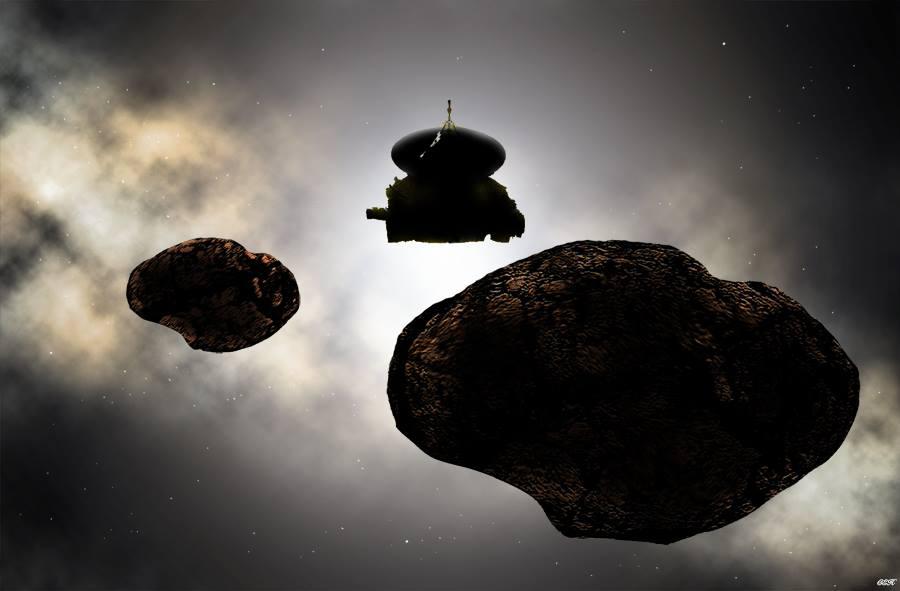 At first, scientists didn’t know if it was two separate objects orbiting each other, or one object.

They couldn’t see clearly from Earth because it’s beyond the orbit of Pluto and very small. 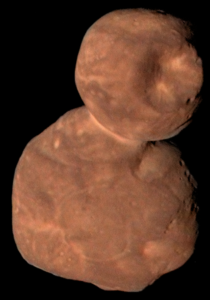 NASA’s New Horizons spacecraft was made to alter its course slightly to fly closer past 2014MU69 to get a better look at it. 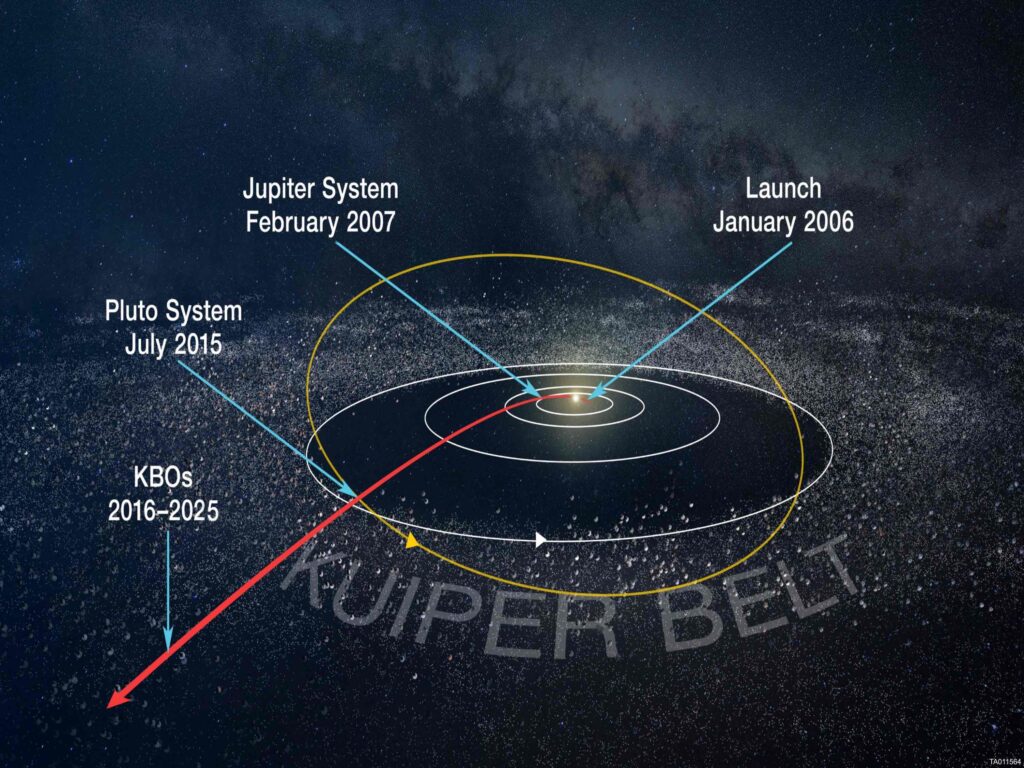 In 2017, New Horizons was instructed to change course to pass by Arrokoth.

From the close up photographs, taken on New Year’s Day 2019, the mission astronomers were able to build this animation of what the object looks like. They then renamed it Arrokoth, to recognise the Algonquin people of the Chesapeake region in Maryland, where Johns Hopkins University Applied Physics Laboratory is located.

Another Kuiper Belt Object was discovered in July 2017 by the New Horizons mission.

This time it was a direct observation of the object moving across the background of stars. They named it Quaoar (you say it as “Kwa-war”).

Kuiper Belt junk modelling. For this activity, you will be recycling some old junk. Find some bits of rubbish or recycling, and ask if you can use them to make some models. You could collect old card, paper, polystyrene, tennis balls, plastic bags, whatever you can find.

Your task is to build various models of objects in the Kuiper Belt. Start with Arrokoth, and maybe Quaoar. Then imagine your own objects that are yet to be discovered and build models of them using the bits of junk you collected. You can use bits and pieces with the right colours, or colour them yourself.

Gravity makes larger objects like planets close to spherical (perfectly round). Smaller objects don’t have to be round. Arrokoth shows that you could make up new ones of any shape. For each of your objects, make a little name sign to show what it is called.